Encouraged by our last experiments with ground dipoles we decided to do a transmit experiment with this antenna on VLF 8.270kHz, 36km (36000m) wavelength. Thanks to  Fab LAB Trójmiasto we had a great location on the see on a cliff near the Baltic Sea in Gdynia. Our goals for this experiment were:

We had a great location on a cliff in the Kolibowski Park near the Gdańsk Bay, and hoped that the ground water level would be low (increasing the ground loop area). We could also use two water bodies for grounding: a nearby lake an the Baltic Sea. 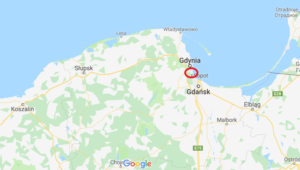 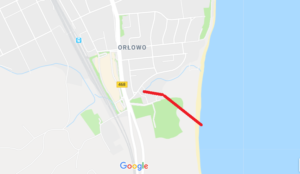 The antenna length was about 500m. The antenna was grounded a small local lake (using a 1m long aluminum profile) and the Baltic Sea (10m of wire sunk in the Gdańsk Bay). For the antenna wire we used a copper-coated steel welding wire of about 1.2mm circumference (160m) and 0.8mm (the rest of the length). It was not the best material available, but we used it because of low cost. Where possible the wire was strung high in woods and bushes. 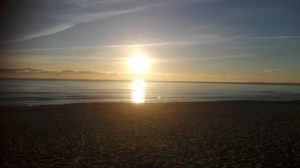 A beautiful sight from one of the antenna ends The other end of the antenna

The antenna parameters were: 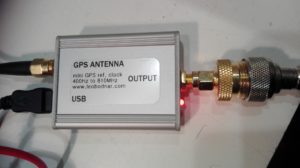 – A generator based on an old terminal; with an x86 processor, which had a uBlox Neo-7m GPS installed inside. The GPS is connected to the terminal serial port for control, and to use the GPS output for a coarse time reference (this is not very precise because the 1PPS signal is not connected). A 20kHz signal from the gps is connected to the sound card in the terminal and is used as a reference for Paul Nicholson’s excellent ebsynth Linux DDS and modulator

This enabled us not only to generate a carrier, but also to transmit ebnaut 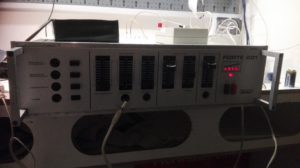 This amplifier has been modified a bit. More output transformer taps were made available on the back connector. Forced cooling with two computer fans was added to enable continuous work at high power.

-The signal was received by Paul Nicholson at a distance of 1342km. As far as we know this is the first international reception of an amateur generated VLF signal from Poland. We transmitted “SP” (which is the prefix for polish stations) using the EbNaut mode on 8270.00073Hz. 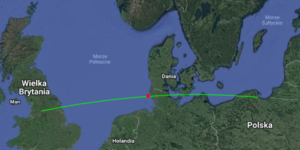 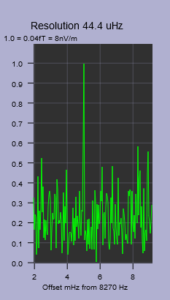 Our signal received at 1342km distance

-We measured the magnetic component of the field using a 90cm diameter loop antenna. The signal was visible at about 6km distance even with a fast FFT. At first we used  131072 FFT size with 48kHz sample rate: 370mHz per FFT bin, 2.7s FFT window time, later we added 32x decimation, which gave 11mHz per FFT bin, 1.5min FFT window time.

-The ferrite ring autotransformer has proven itself. It was cold even during continuous power for long periods of time. -Julian (no callsign yet) 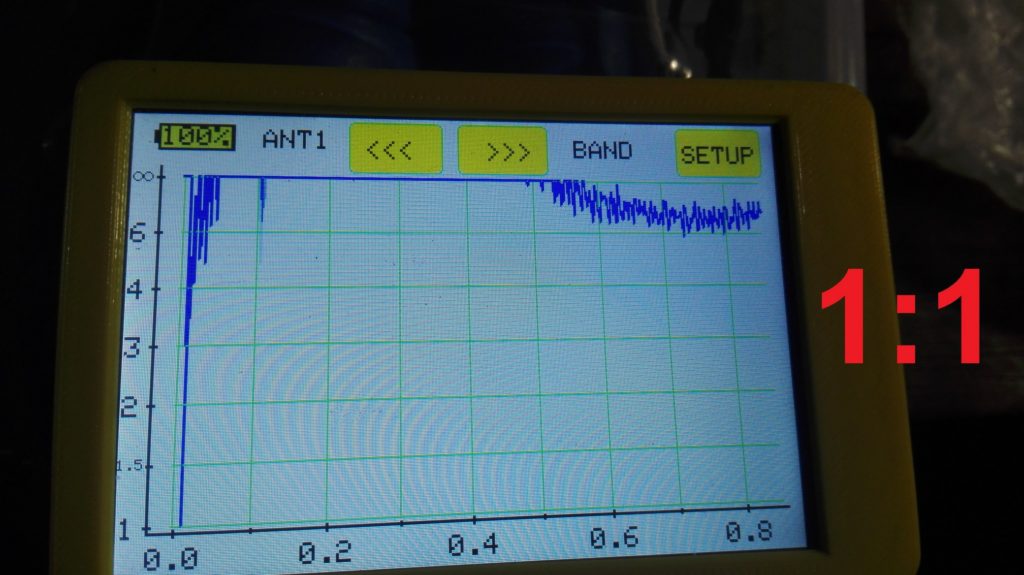 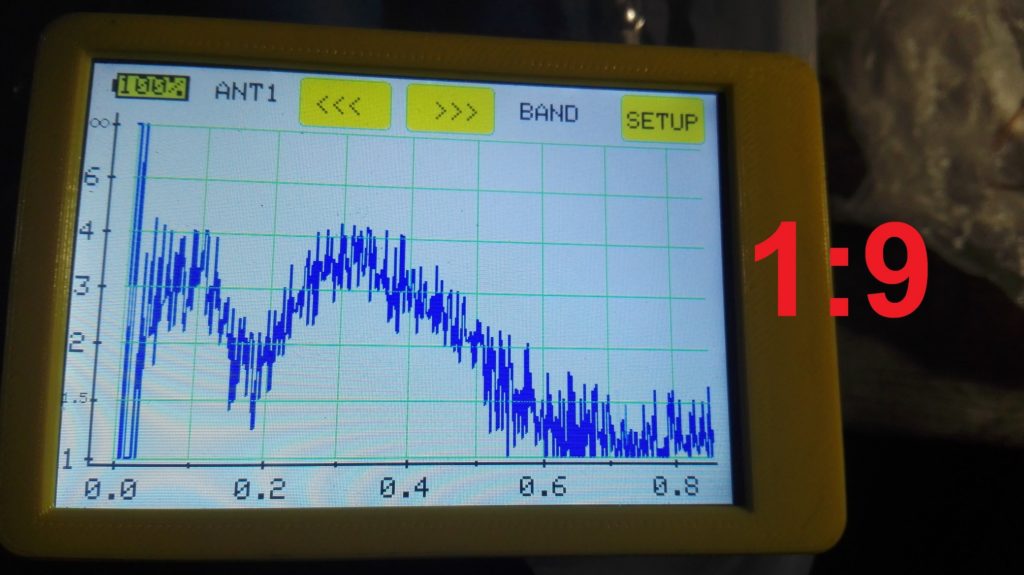